Earth Day’s 45th anniversary is being celebrated today around the world. On this day—less than one-third into the calendar year—humanity already has used about half of all renewable natural resources and services that the planet can generate this year, according to Global Footprint Network’s data. Despite this sobering fact, let’s not lose sight of the many signs that a perfect storm is brewing for 2015 to be the most exciting year to date for sustainability.

All eyes are on the Paris Climate Summit, a much-anticipated event which is already boasting the tag line “For a universal climate agreement.” Some 23 years after the first Rio Summit and 18 years after the historic Kyoto Protocol was signed, the nations of the world are closer than ever before to making a binding commitment to act on climate change. If the negotiations are successful, that commitment would entail a clear, shared goal (maintaining global warming within the 2-degrees-Celsius range,) detailed action plans and a timeline.

The optimists among us will point out that the odds are looking good. Last October the world’s two biggest carbon emitters, China and the United States, made history with a surprise joint announcement of their commitment to reach an ambitious 2015 agreement in Paris lowering emissions, and to strengthen their bilateral cooperation in order to reach their goals. Last month the Obama Administration made good on the announcement when it formally pledged in its five-page submission to the United Nations that the U.S. will cut its greenhouse gas emissions by as much as 28 percent over the next decade.

Meanwhile, China’s coal imports in the first quarter of this year have dropped by nearly half compared to the same period last year—a significant feat for the world’s biggest consumer of coal. China’s economic slowdown is partially responsible for the trend. It is also no accident that China added 11GW of solar capacity last year (enough to power 6 million homes) and led the world in terms of investments into renewable energy—up 32 percent from 2013, according to the market research firm Business Monitor International. BMI expects China to keep up the pace this year in terms of both added renewable capacity and investment growth.

Governments never act as quickly as activists, consumers and scientists want them to. This being said, they have been investing huge efforts and resources, reaching significant momentum leading up to the Climate Summit in Paris.

Various countries around the world have worked tirelessly towards lowering the carbon Footprint of their economy—the largest component of many countries’ Ecological Footprints. In Europe, Germany, a pioneer in solar energy, now produces more than 27 percent of its electricity from renewables. Spain has been investing heavily in wind farms and, more controversially, nuclear, with stark results: last month it generated 69 percent of its electricity from plants that did not emit carbon dioxide, and it has realistic prospects to reach 87 percent next year.

In Latin America, Costa Rica has reached a carbon-free power grid. After decades of expanding its reliance on hydropower, the small tropical nation has been able so far this year to generate 100 percent of its electricity from hydro, geothermal and wind.

It is widely expected that the dramatic drop in the cost of solar energy will support and even boost the current momentum towards cleaner energy.

The transportation sector, a major contributor to greenhouse gas emissions, has also been yielding good news of late. Just last week we learned that electric cars and combustion engine vehicles reached cost parity 6 years earlier than expected. A good reason to expect that the recent surge of the EV market (up 72 percent last year in the 10 largest markets) will be sustained.

Everywhere you look, investors and initiatives of all stripes are coming up with low-carbon or carbon-free alternatives to current carbon-intensive infrastructures, equipment or processes that our economies are so dependent upon: carbon-negative cement, zero-carbon buildings, aviation biofuel, methane sequestration and biogas generation, you name it. The finance industry is even getting on to the game, as the international fossil fuel divestment movement grows.

Citizens take the judiciary to task

Last but not least, citizens themselves haven’t been sitting idle. The courtroom is an especially interesting space to watch. Various lawsuits that were filed in the United States and abroad a couple of years ago to hold governments accountable for insufficient action on climate change are ready for primetime. Earlier this month oral arguments were heard by a judge in Oregon. The plaintiffs are teenagers supported by the nonprofit Our Children’s Trust. Its goal is to have the courts acknowledge that the atmosphere is part of the commons and, as such, should be protected by governments as mandated by the principle of common law known as Public Trust Doctrine. The judge is expected to render a decision later this year.

Also this month public arguments began in the Netherlands, where nearly 900 Dutch citizens have filed a class action lawsuit against their government for failing to effectively cut greenhouse gas emissions and curb climate change. The prosecution is basing the case on existing human rights laws. And more than 10,000 Belgian citizens—and counting—have pledged to support a similar lawsuit in their country.

Plaintiffs in all above-mentioned cases were given a clear victory last month when an international working group of current and former judges, advocates, and professors adopted the Oslo Principles on Global Climate Change Obligations. The legal experts aim to publicly send governments and enterprises back to their legal responsibilities and obligations on climate change as defined by well-established laws—human rights law, international law, environmental law, and tort law. And they argue, to quote The Guardian, that any new international agreement will just be a coda to obligations already present, pressing and unavoidable in existing law.

Obviously, a tremendous amount of work remains to be done. Carbon is only one part of the story. The plight of forests and oceans, ecosystems degradation, access to water, growing social inequities—to name but a few—are giving no rest to countless activists, government officials, research organizations, consumers and businesses around the world. Let’s acknowledge all the good news, however, and celebrate them, so we can confidently hold onto the vision of all people living well, within the means of nature.

On September 25, Swiss voters will head to the polls to decide on a bold initiative to put Switzerland on the path of a green economy. Initiated by members of...   More › 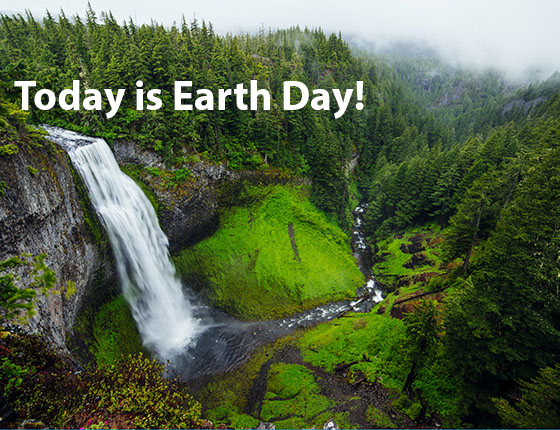 #pledgefortheplanet Together with our partner Earth Day Network, we’re happy to give trees a special nod today. At Global Footprint Network, we have a soft spot for trees and forests....   More ›