As human populations and consumption increase, we place greater demands
on ecosystems that are essential for the survival of not only humanity but
wildlife species as well. The threats facing the rich array of plant and animal life on the planet seem greater than at any time in modern history. Problems such as climate change, water shortages, overharvesting, invasive species, pollution, and habitat disruption—symptoms of human pressure on the planet’s finite resources—are driving down wildlife populations worldwide.

In 2002, under the auspices of the Convention on Biological Diversity (CBD) the leaders of the world’s governments committed to significantly halting the rate of biodiversity loss by 2010. They adopted a suite of indicators, brought together as the Biodiversity Indicators Partnership (BIP), to provide information on biodiversity trends and assess progress toward their target. Global Footprint Network is a Biodiversity Indicators Partnership Key Indicator Partner, and the Ecological Footprint has been officially adopted by the CBD to be included among its biodiversity indicators. It is also a core indicator of the Intergovernmental Science-Policy Platform on Biodiversity and Ecosystem Services (IPBES). The Dasgupta Review (2021) also heavily relied on the Ecological Footprint metric.

What can the Footprint tell us about biodiversity?

Our Ecological Footprint accounts show that humanity currently demands 56% more from our planet than its ecosystems can regenerate (2020). But to secure 85% of the world’s biodiversity, requires humanity not to use more than half of the Earth, according to Harvard biologist E.O. Wilson. In other words, human demand now exceeds 3-fold a rate that is compatible with lasting conservation, including stabilizing our climate.

The gap between human demand and what our planet can regenerate (biocapacity) is known as ecological overshoot. It results in the depletion of the natural capital that all species (including our own) depend on for their livelihood. It also results in the accumulation of greenhouse gases in the atmosphere that leads to climate change, with profound implications for ecosystems and the species they support as well as for our societies well being and economic stability.

Compared to what our planet can regenerate, humanity’s Ecological Footprint has grown 140 percent since 1961. The growing ecological deficit, leading to a burgeoning ecological debt, puts ever more pressure on the resources wild species need to thrive. Therefore, it should not come as a surprise that the average population size of vertebrate species has declined by 68 percent from 1970-2016.

Looking at the various consumption sectors that go into the Ecological Footprint can provide us with a glimpse of the human activities that are drivers of biodiversity loss. (Click here for a chart illustrating how various consumption sectors contribute to habitat loss, overexploitation, pollution, climate change and other key biodiversity threats.)

A 2010 report in the journal Science to which Global Footprint Network was a contributor provided a stark assessment that the world’s governments had not met the target set by the Convention on Biological Diversity, and had instead presided over enormous declines.

In October 2010, the parties to the CBD met in Nagoya, Japan to decide whether to adopt a new biodiversity target and new indicators for the post-2010 era. At the conference, the Biodiversity Indicators Partnership presented a list of strategic goals, including means, milestones and indicators, for achieving the goals set forth in the CBD. Click here to download the full list of BIP recommendations.

Ultimately halting species loss and enabling biodiversity to thrive will require bringing human demand for ecological services into balance with what nature can renewably supply.

By advocating for decision-making that takes the biosphere’s limited resource budget into account, Global Footprint Network is promoting a world where all, including other species, can thrive within the means of our planet. The Network makes accessible to decision-makers, of households, companies, cities and countries, the risks that resource limitation and declining biodiversity pose to them as well as to our societies’ well-being and economic stability.

•  Underestimating the Challenges of Avoiding a Ghastly Future, published in Frontiers in Conservation Science
•  Maintaining biodiversity will define our long-term success, published in Plant Diversity
• Global Biodiversity Outlook 5, Secretariat of the Convention on Biological Diversity (2020), Montreal (for Footprint, see pages 48 & 49)
• “Stomping on Biodiversity: Humanity’s Ecological Footprint,” published in the Commonwealth Ministers Reference Book.
• Science:  “Global Biodiversity: Indicators of Recent Declines,” Vol 328, Issue 5982, 28 May 2010.
• 2010 and Beyond: Rising to the Biodiversity Challenge, published by Global Footprint Network and WWF.
• The Economics of Biodiversity: The Dasgupta Review , published by the UK’s Treasury in 2021. Global Footprint Network summarizes it here.
• BIP’s post-2010 strategic goals for halting biodiversity declines, Conference of the Parties to the Convention on Biological Diversity, 2010.
• Media Release of IPBES. “Human well-being at risk. Landmark reports highlight options to protect and restore nature and its vital contributions to people,”26 March 2018. 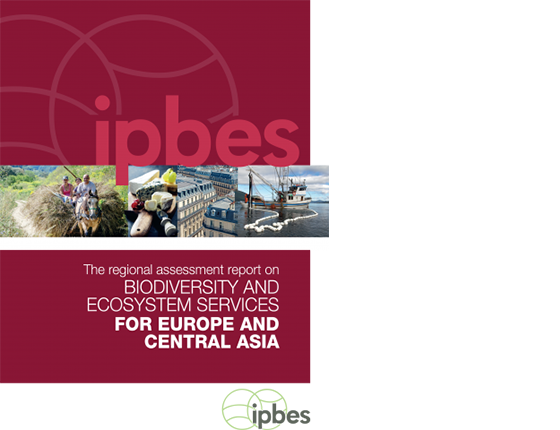 The Intergovernmental Science-Policy Platform on Biodiversity and Ecosystem Services (IPBES), an independent intergovernmental body established in 2012, has added Ecological Footprint and biocapacity metrics to its list of Core Indicators. Using Footprint data, IPBES recognizes as a scientifically “well established” trend that countries with an ecological deficit put tremendous pressure on resource security and biodiversity outside of their borders. 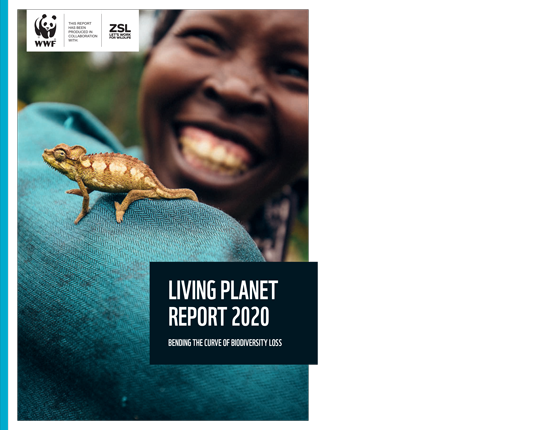 Contact us to learn more about our work related to biodiversity.