Sustainable development is successful only when it improves people's well-being without degrading the environment.

“Development” is shorthand for committing to well-being for all. “Sustainable” implies that such development must occur within what the planet’s ecosystems are able to replenish, year after year. We need to secure people’s well-being within the means of nature. This is how UNEP, WWF, and IUCN stipulated the conditions for sustainable development in their landmark report “Caring for the Earth.”

The United Nations considers an HDI greater than 0.8 to be “very high,” and 0.7 as “high” human development. Universally replicable well-being requires an average Ecological Footprint less than world-average biocapacity. At humanity’s current population, there are 1.6 global hectares of biologically productive area per person on Earth. Given growing populations and recognizing wild species’ needs for biocapacity, the average Ecological Footprint per person worldwide needs to fall significantly below this threshold. One such point of view is E.O. Wilson’s suggestion for using just half of Earth’s resources in order to secure 85% of the world’s biodiversity (Wilson 2016). 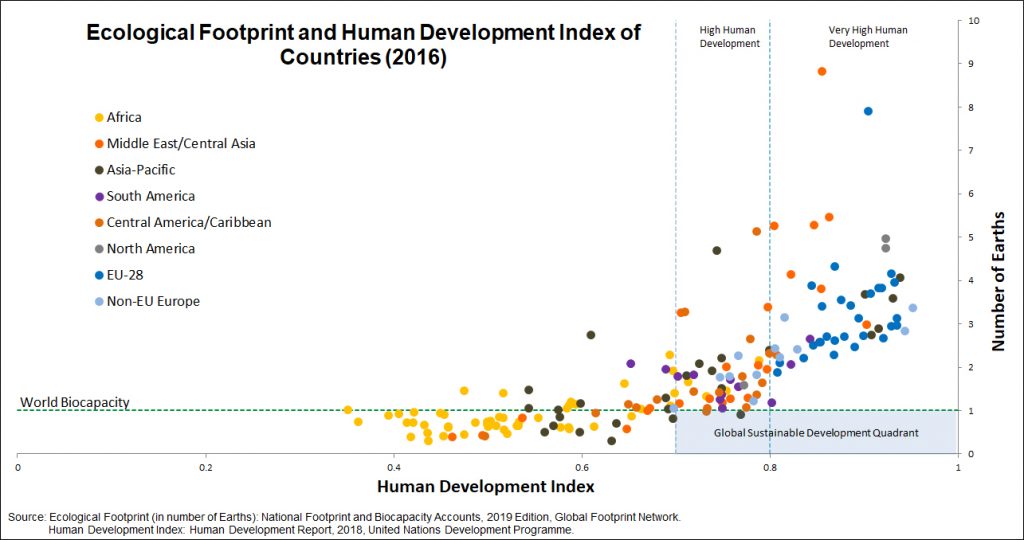 As shown in the figure above, measuring HDI and the Ecological Footprint reveals that very few countries come close to achieving these basic conditions for global sustainable development. This is despite the growing adoption of the Sustainable Development Goals and other policies that strive to increase well-being without eroding humanity’s long-term resilience.

Kate Raworth has playfully pushed this thinking, advocating for a “safe and just operating space.” She depicts the sustainable development challenge as a two-dimensional doughnut, the inner edge representing the minimal social foundation and the outer edge of the doughnut the upper ecological ceiling (Raworth 2017). Therefore, the inner part of the doughnut corresponds to the “safe and just operating space,” the same space depicted as the blue “global sustainable development” box in the upper right corner of the HDI-Footprint diagram. The clever depiction of a doughnut inspired her to proclaim “doughnut economics,” an economic theory that has the goal of supporting human wellbeing within the constraints of our planet. 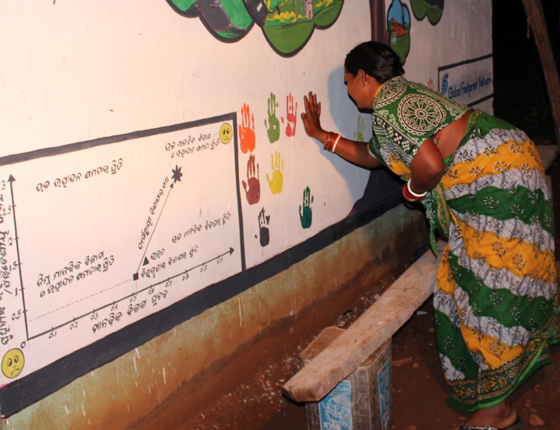 At the local level, Global Footprint Network piloted a tool help international development organizations and social entrepreneurs assess whether their projects are improving human well-being in an environmentally sustainable way. We assessed human well-being and resource security at a micro scale to help our partners better understand development progress. Instead of measuring impact by documenting the implementation of specific strategies, the project used HDI and Ecological Footprint calculations to take a step back and ask, “Is this project improving people’s lives? And is it environmentally sustainable?” 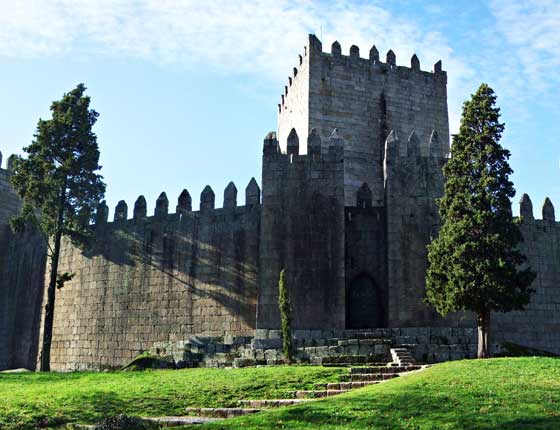 How Portugal’s birthplace has embraced the Ecological Footprint

[Read in Portuguese] The city of Guimarães is the cradle of Portugal. Nestled in the north of the country, Guimarães became the first capital of Portugal in the 12th century...   More › 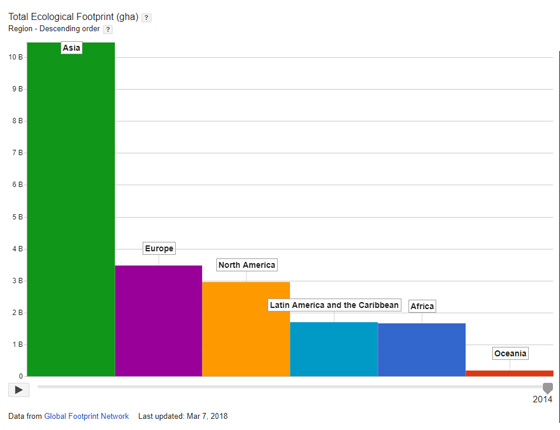 We used the Google data platform to create visualizations of three trends from our new National Footprint and Biocapacity Accounts 2018 Edition, which launched Monday, April 9, in Europe and...   More › 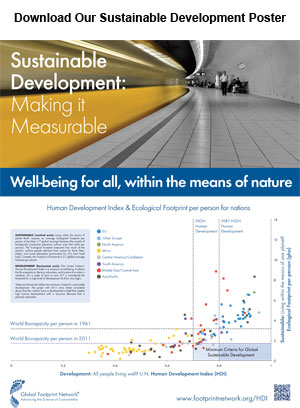 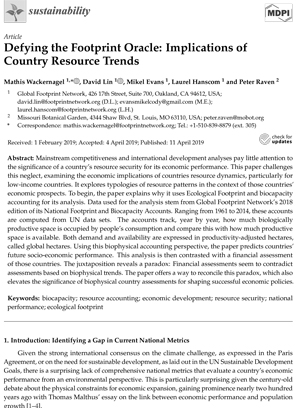 Contact us to learn more about our sustainable development work.