Climate change urges us to design our economy anew. 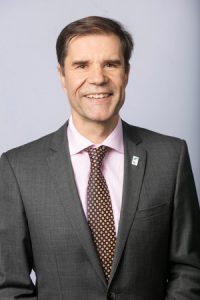 Yes, there was excitement. More than 4,000 governors, mayors, ministers, entrepreneurs, civil society organizations, and CEOs of some of the world’s biggest companies gathered in San Francisco, California, earlier this month. The goal was to bolster their commitments to combating climate change. The sheer number of events and participants was inspiring, including protests, climate marches, and art performances.

Plans and targets in support of the 2015 Paris accord were announced, including amping up renewables, energy efficiency, and zero-emission systems. Oceans and forests, whose vast carbon sinks we depend on, were recognized, for instance with Cities4Forests.

Yes, there is still a big gap. Consider that the carbon Footprint currently makes up 60% of humanity’s total Ecological Footprint. This total Footprint now exceeds what the planet can renew by over 70%. As a result, between January 1 and August 1, humanity has used as much from nature as the planet regenerates in the entire year. Hopefully, all these commitments can make a significant contribution to moving this Overshoot date later in the year. But how much?

Spurred by California’s governor Jerry Brown as his parting gift (his mandate ends this year), the Global Climate Action Summit generated a steady flow of good news. Judging by the lukewarm media coverage, however, I worry that we collectively missed out on a fantastic communications opportunity to nurture the faith in the human spirit and its ability to succeed with climate action. Perhaps the steady onslaught of negative political news compounded climate change fatigue? Or does the public feel duped by the incongruencies?

Yes, we need to take bigger leaps. The human community has yet to build a shared understanding of what the climate challenge truly requires, even though the basic science is exceedingly simple. The Paris goal implies to keep greenhouse gases well under 450 parts per million in the atmosphere. Yet US government sources recognize that we’re already at over 493 parts per million (we have explained this here.) It is a disturbing fact that these basic goal posts are not taught by most environmental science classes I have been in contact with. Furthermore, I do not know any government institution in the world, apart from NOAA, who recognizes this gap.

Being aware of these goal posts is not about being pessimistic. It is just an observation. Without clearly recognizing what is, we are blind, helpless, and confused. As a consequence, we cannot act in ways that truly serve us. Our delusion hurts us, especially those under the age of 33 who will be the senior workforce of 2050. They deserve better.

Yes, we can. Rather than stumbling, we need to tackle what is before us with speed and scale. It is reasonable and feasible. This means quitting business as usual. It requires leaving fear behind and opening ourselves to the astounding possibilities that lie in designing a one-planet economy. We merit a prosperous future. We all can thrive within the budget of our one and only planet. We have the creativity and means. The alternative is settling for one-planet misery.

That’s why we outlined the former during our One Planet Progress Panel jointly produced with the Dutch Consulate as an affiliate event of the Global Climate Action Summit. Kevin Self, Chief Strategy Officer for the French company Schneider Electric in North America, described it as businesses joining forces as one orchestra playing a powerful new sustainability symphony. Steve Howard, a chief engineer behind IKEAs sustainability transformation, called it the last business frontier and the only logical path forward. Ecuador’s former President Rosalía Arteaga, the fourth woman ever elected head of state in Latin America, emphasized that embracing one-planet living with the decisions we make is the reason why she is so excited about sustainability education: that compass holds the decisive key to a prosperous future for all. If we choose wisely.