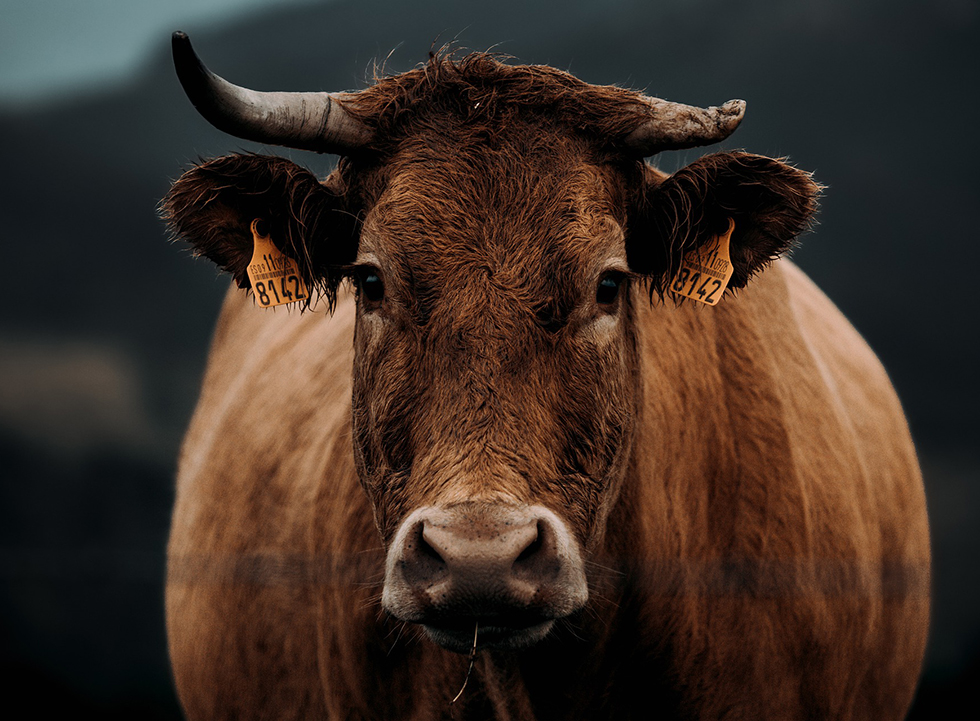 This blog post is part of the Ecobytes series, where we explore interesting topics from Ecological Footprint and biocapacity data conducted and authored by our wonderful interns. This week, Camille Kawawa-Beaudan dives into data on Brazilian beef. Camille, a recent graduate of UC Berkeley, is passionate about sustainability and creating system-wide changes to create a healthy world for current and future generations. She currently works at a company focused on removing single use plastic from households’ groceries.

Reducing meat consumption is often presented as one of the most sustainable actions an individual can make. This has become a common talking point in environmental media, and these discussions have prompted me to think more about some of my dietary choices. But it has also made me curious to learn more about the data that backs these claims: how many cattle are raised around the world annually to feed everyone, and how does this production affect the environment of the producing countries?

You might be asking yourself, “So what? What do all these numbers mean? And what does it mean for Brazil’s environment?” I also asked myself these questions, because frankly, I find it difficult to empathize with numbers unless they’re contextualized.

The concepts of biocapacity and global hectares are powerful tools to establish the necessary context for these numbers. Biocapacity is the amount of biologically productive land (or water) available for regeneration, including crop land, forest land, and grazing land, among others. This total area is averaged to create a standard unit called a global hectare. As we continue to demand more from our natural environments, consume more products, increase our population size, and degrade our ecosystems, we deplete the ability of our bioproductive lands (and water) to regenerate. While we may be able to survive while running a biocapacity deficit in the short term, the long-term implications of depletion are disastrous. For example, by clearing the most biodiverse forest in the world to make space for cattle grazing, we increase meat supplies in the short run, but we lose countless species from habitat loss, reduce potential oxygen production and carbon drawdown that the cleared forest could have provided, and destroy the homes and ancestral land of indigenous communities.

A significant portion of Brazil’s beef is pasture-raised, but while this might sound like a win for environmentally conscious shoppers, this pasture-fed beef comes at a steep price. Between 2015 and 2017, 210,000 acres of deforestation in Brazil were linked to Brazilian beef exports.3 The report is published by Trase, a deforestation tracking platform created by the Stockholm Environment Institute and Global Canopy. Between June 2016 and July 2017, former President Trump temporarily lifted a ban on fresh meat imports. During those same dates, Amazon deforestation spiked massively as fresh meat imports to the US also spiked in Brazil.4

What does this deforestation mean for Brazil? Global Footprint Network’s data shows that Brazil continues to have a biocapacity reserve of 5.8 global hectares per person. This means that Brazil’s residents are living within the means of the natural resources within its borders. However, this large biocapacity reserve is due to the fact that Brazil is steward to the most biodiverse land in the world. Brazilians on average have an Ecological Footprint of 2.8 global hectares per person. Put another way, to regenerate all the resources that Brazilians demand in a year, we would still need 1.5 Earths.

Brazil’s biocapacity reserve is literally burning at this moment. Much of their biocapacity resides within the Amazon forest, which is being actively burned down to make room for cattle grazing and farming, mining and wood extraction. 5 While deforestation figures vary, Mongabay’s database on Amazon deforestation shows that in 2017, 2,682 square miles of the rainforest were chopped down.6 The data is pooled from Brazil’s National Institute for Space Research and Imazon, a Brazilian NGO.

This biocapacity decline can be reversed. Brazil set some of the most ambitious targets for their Nationally Determined Contributions to the Paris Agreement, which was signed in 2015 and outlines national commitments to reducing their impact on climate change to keep global warming to within 1.5 degrees Celsius of pre-Industrial Revolution levels. Brazil reaffirmed their commitment to reducing total net greenhouse gas emissions by 37% in 2025 and reducing emissions by 43% in 2030, based on their 2005 emissions.8 According to the Brazilian Roundtable on Sustainable Livestock, one way the country is tackling this goal is by reducing the amount of pasture land and concentrating livestock grazing.9 As global citizens, one way we can help Brazil reach their goals is to be more conscious of the beef we consume. Choosing to consume beef sourced elsewhere would reduce demand for Brazilian beef, thus reducing the need for more grazing land. Another option would be to reduce the amount of meat you consume in a week. And perhaps the strongest way to help reduce the environmental footprint of beef production around the world is to educate others on the impact of their meal decisions, giving them the power to make more informed choices. 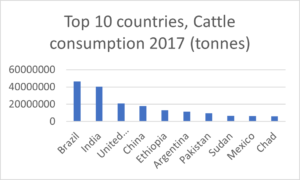 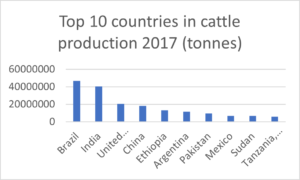