As of this week, we are in overshoot. Humanity has exhausted nature’s budget for the year.

August 20 was Earth Overshoot Day 2013, the approximate date humanity’s ecological resource consumption exceeded what Earth can renew this year. A mere 34 weeks into 2013, we demanded a level of ecological resources and services—from food and raw materials to sequestering carbon dioxide from fossil fuel emissions—equivalent to what Earth can regenerate for all of 2013.

For the rest of the year, we are operating in ecological overshoot. We will maintain our ecological deficit by depleting stocks of fish, trees and other resources, and accumulating waste such as carbon dioxide in the atmosphere and oceans. As our level of consumption, or “spending,” grows, the interest we are paying on this mounting ecological debt—shrinking forests, biodiversity loss, fisheries collapse, food shortages, degraded land productivity and the build-up of carbon dioxide in our atmosphere and oceans—not only burdens the environment but also undermines our economies. Climate change—a result of greenhouse gases being emitted faster than they can be absorbed by forests and oceans—is the most widespread impact of ecological overspending.

Earth Overshoot Day is an annual observance meant to bring attention to the risks of humanity’s growing ecological deficit. Making better choices will better ensure that we can reverse trends and move toward a sustainable future; measuring how much nature we have, how much we use and how much we need will help us make those choices. This year, due in no small part to the critical support of our partners and supporters,that message resonated around the world. As media reportage provided the context, op-ed and commentary addressed strategies for living in a resource constrained world. Andrew Simms, originator of the Earth Overshoot Day concept and chief analyst at Global Witness, made the case for living within our means in The Guardian (UK). Carter Roberts, President and CEO of WWF-US, urged businesses to “begin producing more with less” in Foreign Affairs. “We have only a 15 to 20-year window in which to turn the tide,” Alessandro Galli, Global Footprint Network Mediterranean-MENA Regional Director, wrote in the Edinburgh Evening News.

This year’s print, airtime and online media and blog space devoted to Earth Overshoot Day were the best yet. And social media was ablaze. Facebook comments and reposts and Twitter #OvershootDay and #EcologicalOvershoot tweets and retweets climbed steadily. WWF’s concurrent #oshoot Vine and Thunderclap campaigns rolled across Twitter to create a collective shout about humanity already exceeding this year’s ecological resource limits.

Other partners such as INKOTA in Berlin, Germany and Swiss Clean Tech in Bern, Switzerland held events to commemorate the day. We heard from many followers as well, including a community college teacher who used Global Footprint Network’s individual Ecological Footprint calculator as a way to introduce her students to ecological resource limits on the semester’s first day of her “Humans and the Environment” course.

Thank you all for your dedication to raise awareness about this annual mark of humanity’s ecological overspending. We look forward to the day when we can celebrate our success together in reversing current trends and moving toward a world that works for everyone. 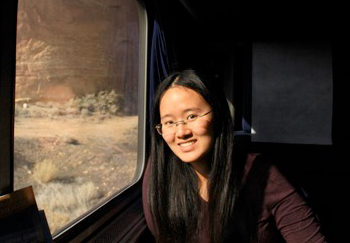 From outdoor party to environmental awareness, a student's view of Earth hour in China

When I was growing up in Shenzhen, China, one of the must-join activities in my high school was the “Earth Hour” performance. On the last Saturday in March, companies, government,...   More › 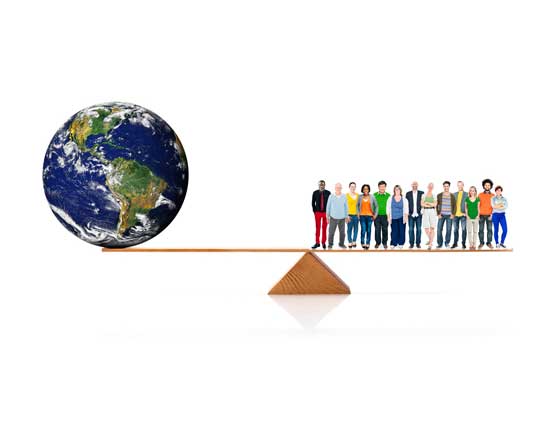 Could Earth Day 2015 be the tipping point?

Earth Day’s 45th anniversary is being celebrated today around the world. On this day—less than one-third into the calendar year—humanity already has used about half of all renewable natural resources...   More ›