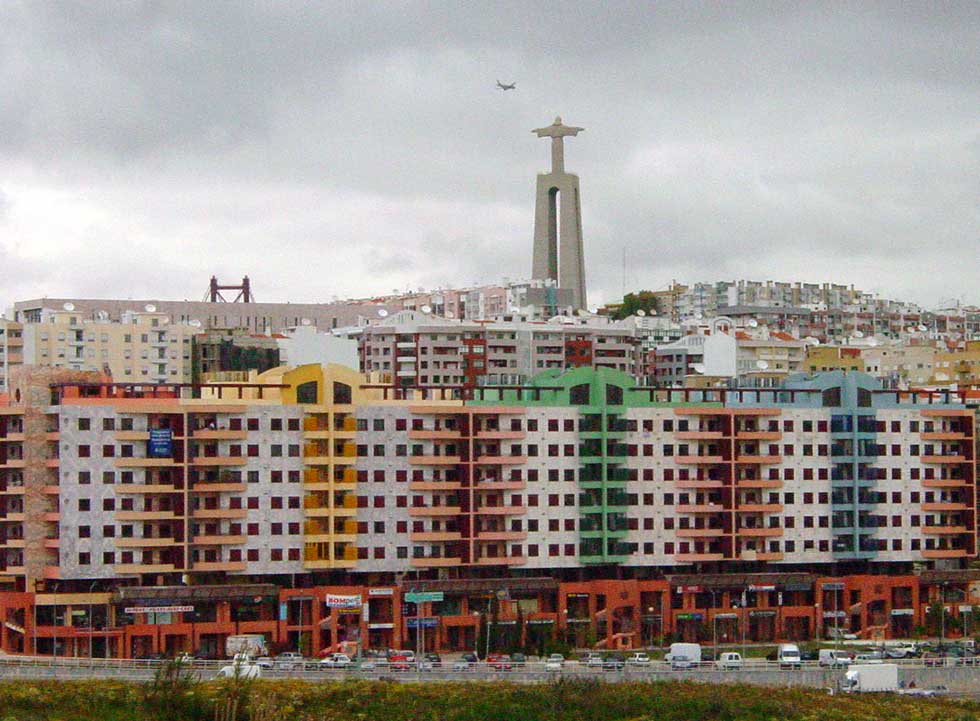 Imagine if a city’s funding from the national government were calculated based on its Ecological Footprint and available resources.

That’s a novel concept that will be tested by six cities in Portugal as part of a three-year project with Global Footprint Network, Portuguese NGO ZERO-Associação Sistema Terrestre Sustentável, University of Aveiro, University of Coimbra, and University of Porto.

During the first year of the project, the Ecological Footprints and biocapacities of the six cities—Almada (pictured above), Bragança, Castelo Branco, Guimarães, Lagoa, and Vila Nova de Gaia—will be measured to establish a baseline. The Ecological Footprint measures the city’s demand for natural resources and carbon dioxide sequestration, while biocapacity measures the capacity of the city’s natural resources to meet that demand. These measures will then be used to help guide the cities’ sustainability policies.

During the second year, calculators will be developed for the six cities by Global Footprint Network and project partners to allow citizens to measure their personal Ecological Footprints. The calculator will be used as a springboard to catalyze local workshops and roundtables with other NGOs and citizens to discuss the implications of Footprint results as well as mitigation and policy options.

In the final years of the project, an alternative approach for national budget allocation will be proposed for the participating cities, based on the size of their Ecological Footprints and biocapacities relative to those of Portugal.

ZERO President Francisco Ferreira told Lusa news agency that national funding for cities considers such issues as protected areas but should go further. “Above all, the actions and the effort that municipalities take to reduce this Footprint can be rewarded,” Ferreira said (as translated from an article in DN).

“The collaboration between Global Footprint Network, ZERO, and the Portuguese universities aims to broaden the possible fields of application of this tool of assessment and monitoring of sustainability that is recognized worldwide,” Paulo Magalhães, coordinator of the project, leader of ZERO, and a researcher at the Faculty of Law of the University of Porto said in an article in the Portuguese publication Expresso.

Sara Moreno Pires, a researcher at the University of Aveiro, added, “I would like many municipalities to get involved in this project because the information that exists at the local level is very scarce, there is little environmental knowledge at the level of the municipalities.”

Eduardo Rodrigues, mayor of Vila Nova de Gaia, one of the six municipalities involved in this first phase of the project and Portugal’s third largest city, explained that “climate change is a global problem, but its approach must begin at the local level.”

A memorandum of understanding for the project was signed during an event in the house of the presidency of Vila Nova de Gaia City Hall on Sept. 5. The project will begin in January 2018.