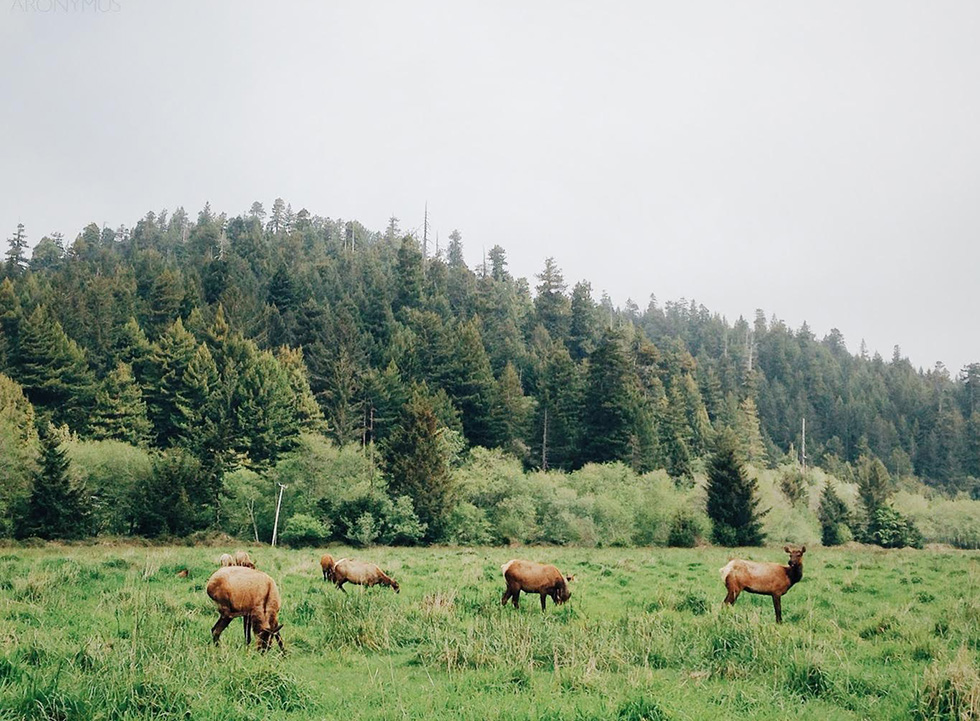 We sat down (virtually, of course) with David Lin, our Chief Science Officer and Eric Miller, Director, Ecological Footprint Initiative, York University in Toronto, to discuss the new 2021 edition of the National Footprint and Biocapacity Accounts.

First, can you spell out for us what the National Footprint and Biocapacity Accounts (NFAs) are?

Eric: The National Footprint and Biocapacity Accounts provide the core data required for all Ecological Footprint analysis worldwide. The accounts measure the ecological resource use and resource capacity of nations over time. Based on 15,000 data points per country per year, the accounts track the Footprints of more than 200 countries, territories, and regions from 1961 to 2017.

For a general overview of the Ecological Footprint, click here.
Read the most recently published accounting methodology here.

Why are the accounts important?

David: The data in the accounts are more critical now than ever. Practically all life on Earth is solar-powered (think photosynthesis) or based on biological regeneration – we call this biocapacity. Humans are no exception to this ecological fact. Because biocapacity is the underlying fuel of our economies, the accounts’ data is critical for the future of societies. Humans currently dominate the Earth’s biosphere and we are running up against the limits of our planet’s regeneration. In the past, we could deplete natural capital because we believed it was unlimited, but we are now a large population on a small planet. Nature has the ability to regenerate infinitely only if it is managed well, which is to say if it isn’t overused or polluted. As they say, you must measure in order to manage — that’s why the accounts’ data is more critical now than ever.

How have the National Footprint and Biocapacity Accounts evolved over the years? Who produces them now?

David: The first country assessment ever produced was for Canada in 1994, as part of Mathis Wackernagel’s Ph.D. thesis. The first Footprint of Nations study, which covered about 50 countries, was produced in 1997. In 2003, Global Footprint Network became the custodian of the NFAs, which have been steadily improving ever since.

Eric: Last year, Global Footprint Network and York University (in Toronto, Canada) established the Footprint Data Foundation (FoDaFo). The goal of this new entity is to enhance the neutrality, transparency, and scientific robustness of the National Footprint and Biocapacity Accounts. To achieve this, the Foundation brings together outstanding natural and social scientists to provide direction on enhancing the data and methodology of the accounts. This makes them an even more trusted, relevant, and reliable input for decision-makers around the world. During production of the 2021 edition of the National Footprint and Biocapacity Accounts, the production team at York University took the lead in generating the data for the first time, with Global Footprint Network acting as an advisor and reviewer.

Can you tell us how the National Accounts data is used?

Eric: The Ecological Footprint accounting methodology is based on the premise that the planet’s regeneration is the materially most limiting factor for the human economy. Consequently, Ecological Footprint data provide simple, robust, and easily understandable metrics for the minimum threshold condition for sustainability: the need to live within the means of our planet. Through a conservative assessment, the National Accounts demonstrate that the globe is in significant ecological overshoot, something that monetary assessments are not able to reveal. It also shows which countries are running biocapacity deficits and how those deficits have evolved over time.

David: For context, it is worth reminding that humanity’s demand on our nature will eventually decrease to sustainable levels one way or another. With the COVID-19 pandemic, we’ve witnessed a global disaster that led to a decrease in global resource demand. We believe in a future created by design and not disaster, and Ecological Footprint data helps identify risks and opportunities. The data allow governments and companies to evaluate risk exposure, set meaningful targets, and monitor progress. To this effect, the NFAs are also the basis for producing more detailed datasets. For example, applying the data to a Multi-Regional Input Output model makes it possible to track detailed resource flows between countries’ major economic sectors. This, in turn, allows for further sub-categorization of national Footprint data into more specific consumption and industry-related components. Decision-makers can choose investments that put them on a more reliable path to secure the value of these assets in a world increasingly defined by climate change and resource constraints, making the world more resilient and promoting well-being.

For example, Global Footprint Network calculated the impact of last summer’s devastating wildfires in Australia. On the basis of the previous edition of the National Footprint and Biocapacity Accounts, our research found that Australia’s biocapacity reserve, consistently estimated to be two to three times the size of its Ecological Footprint, turned into a deficit. These findings clearly indicate that Australia’s regeneration capacity has fallen below its demand for ecological resources for that year. Taking into account this new reality’s short- and long-term impacts on the national economy can help the government plan for improved resource security and resilience going forward.

Who uses the National Accounts data?

Eric: The data is used by researchers and analysts in government and industry alike, as well as in academia, and more broadly by anyone interested in sustainability.  The availability of data through the open data platform (data.footprintnetwork.org) makes it easy for anyone to access national-level data, while others working at a smaller scale of analysis will find custom data requests most useful.

Governments at a city, state/provincial, regional, and national level have used the data in various ways. In my home province of Ontario, the Ministry of Natural Resources and Forestry has commissioned provincial-scale assessments of the Ecological Footprint of consumption and the biocapacity within the provincial boundaries.  This has informed different entities in the province, including the Ontario Biodiversity Council which tracks changes in Ecological Footprint and biocapacity as a key indicator in its ongoing reporting on the State of Ontario’s Biodiversity.

David: The Ecological Footprint is one of the key indicators used by the Biodiversity Indicator Partnership (BIP), a global initiative to promote the development and delivery of biodiversity indicators. In the last decade, it has been used to monitor global progresses towards Aichi Target 4 on Sustainable production and consumption. In 2016, the Ecological Footprint was included in the list of IPBES Core Indicators as an indicator of direct (anthropogenic) drivers of change in the state of biodiversity and ecosystems. At the European level, the Ecological Footprint has been used by the European Commission to track progresses towards Target 6 of the EU 2020 Biodiversity Strategy for 2030. It is also used by the European Environment Agency to monitor whether the EU is using more than their share of the world resources.

Does the 2021 edition of the National Footprint and Biocapacity Accounts reflect the impact of the pandemic-induced lockdowns?

Eric: The 2021 edition provides data from 1961 to 2017. Because of this “time gap,” it does not report on what has happened in the last few months with the global coronavirus pandemic. 2017 is the most recent year with complete datasets for most countries from the United Nations and the International Energy Agency, among other sources I mentioned earlier.

David: That said, we have received many inquiries about the pandemic’s impact on each country’s Ecological Footprint. We agree that estimating today’s Ecological Footprint of a country based on a combination of historic trends and recent data, called “now-casting”, can be useful for policy analysts and decision-makers. We’re always happy to talk with anyone who’s interested in commissioning such an analysis. Typically, the assessment takes a couple of months.

We perform this type of work for the world each year when we use the latest edition of the Accounts to assess the current global Ecological Footprint and biocapacity in order to calculate the date of that year’s Earth Overshoot Day. We address the “time gap” by establishing trendlines from the Accounts data and extend those trendlines to the present year. Where possible, more recent data from reputable sources (Global Carbon Project, etc.) are incorporated to strengthen the assessment for the “gap” years.

In order to take into account the impacts from the coronavirus pandemic in 2020, Global Footprint Network combined the most reliable data available and formed the most reasonable assumptions to assess humanity’s current resource situation. Changes in carbon emissions, forest harvest, food demand, and other factors that could impact global biocapacity or the Ecological Footprint from January 1st to Earth Overshoot Day 2020 were evaluated.

What has been your favorite part about your work on the National Footprint and Biocapacity Accounts?

I’ve been so grateful for the collaboration with the Global Footprint Network, in particular David Lin, Laurel Hanscom, and Mathis Wackernagel.  Their experience and skills and energy have inspired all of us at York University as we took on production of this edition of the accounts.

And I’ve been so proud of the great work from the York production team: Elizabeth Holloway, Mark Milnes, Sophie Angoh, Anuja Kapoor, and Chaya Kapoor, Maria-Louise McMaster, Mary Thornbush, and Jason Robinson.  Each individual contributed to the accounts as a student in the Master of Environmental Studies program at York University, as the experiential education component of a stream of training in sustainability informatics.

Producing the accounts is a fun challenge that has had me learning about various countries in the world and what is (and isn’t) measured in international databases.  The data makes it a challenge, the people involved make it fun!

David: It’s the same for me. My favorite part is always working with the team. While on one hand I like to think of the NFA production process as a factory that churns out a data product through a series of well-defined processes, it is also a collaborative and sometimes messy problem-solving process. The team at York University, led by Eric Miller, has been a joy to work with. There are a lot of complicated parts that come together in the process, and it has been wonderful to see it understood so quickly. It is rewarding to share the data publicly and allow others to investigate and apply it to their needs.

Having produced the accounts for so many years at Global Footprint Network, I feel there is a strong kinship among everyone who has ever contributed to the accounts. I enjoy hearing how former research team members and the first cohort of students at York have moved on to successes, whether they are pursuing careers in government, industry, or their personal passions.