Since its release two years ago, more than one million people in the U.S., Australia and Canada have used Global Footprint Network’s Ecological Footprint calculator to evaluate their level of resource demand and identify ways of reducing it.

Now, with a major expansion that adds 10 new countries and nine languages, users from China to Ecuador, from South Africa to Japan can take the quiz and find out how many Earths we would need if everyone in the world lived like they do.

The calculator takes users through a series of questions about their food, housing, purchasing and transportation habits and determines their Ecological Footprint – the amount of land area it takes to produce all the resources they consume and absorb their CO2 emissions. It also breaks their Footprint down into various land types, such as forest, cropland and fishing ground.

After receiving the results, users can set a target for how much they’d like to reduce their Footprint and explore how making various changes can help them reach their goal (for example, by biking rather than driving to work, eating meat one less day a week, recycling more and reducing new purchases).

Accounting for both bikes and bakkies

Developed with the help of in-country experts, calculator questions are tailored to the specific housing, transportation, food consumption and purchasing habits of each country. In South Africa, for example, a bakkie—a open-back pick-up truck that carries passengers—counts among the transportation choices. For India, charcoal, crop residue and dung cake are listed along with coal and electricity as heating choices. A 1,500 square foot house is categorized as “very large” in the Brazil version, but average in the American one. “Occasional” fish consumption is defined as one or two servings per day in China, and once a week in Italy.

“We wanted the calculator to reflect what people in each country would recognize as the typical options,” said Meredith Stechbart, Applications manager for Global Footprint Network.

Why does where you live matter?

The size of a person’s Ecological Footprint depends, in part, upon where on what country they live in.  That is due, in part, to the fact that a person’s Ecological Footprint included not only things that they have direct control over—such as whether they bike or carpool to work—but also things over which they don’t, such as their per-capita share of the country’s collective services and infrastructure—things like hospitals, highways, militaries and schools.

“We hope the calculator will show users what kind of changes they can make to reduce their Footprint, and what differences these changes can make,” Stechbart said. “But the calculator results also show that the society we live in is an important part of our ecological demand. While individual choices are critically important, so is influencing the larger society to be less resource dependent.”

The calculator was developed in partnership with Free Range Studios, creators of the Story of Stuff. The addition of new countries was made possible with a grant from the Richard and Rhoda Goldman Fund. Past support for developing personal Ecological Footprint calculator tools has come from the City of Calgary, WWF Switzerland, WWF Australia, and EPA Victoria in Australia.

CNN’s Joshua Levs called the U.S. version “one of the best features we discovered this week on Earth Day.” Click here to see his review . 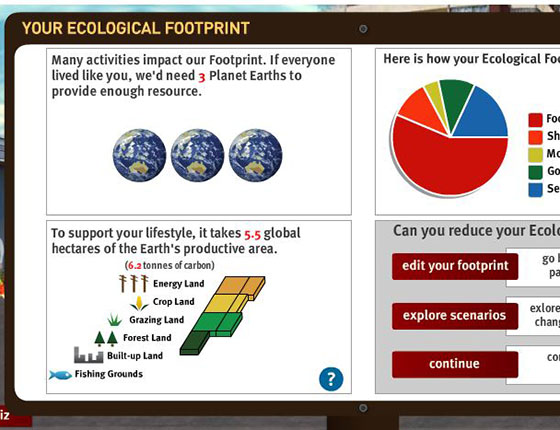 Kirsten Balding at RMIT University in Melbourne, Australia, is a huge advocate of using Global Footprint Network’s Ecological Footprint calculator to teach students about sustainability. “It is a really engaging...   More › 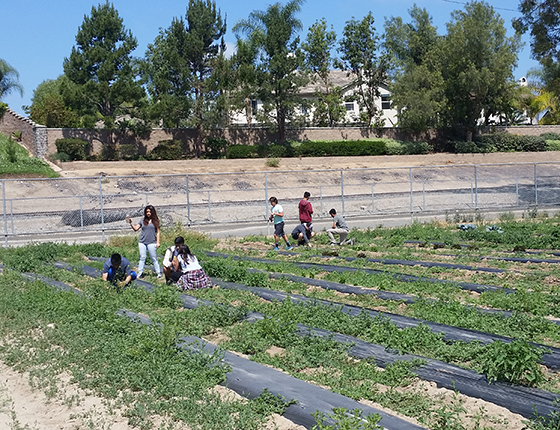 High schools around the world have integrated the Ecological Footprint calculator into their curricula. Governments and organizations, including the United Nations and U.S. Environmental Protection Agency, are also catching on...   More › 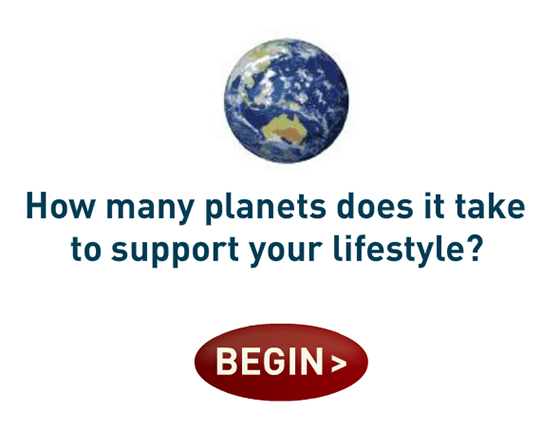 For Earth Day, learn how many planets your lifestyle requires

Since its release two years ago, more than one million people in the U.S., Australia and Canada have used Global Footprint Network’s Ecological Footprint calculator to evaluate their level of...   More ›