The city of Guimarães is the cradle of Portugal. Nestled in the north of the country, Guimarães became the first capital of Portugal in the 12th century and was selected as a UNESCO World Heritage Site in 2001. It was also designated as the European Capital of Culture for 2012, among other distinctions. Just as importantly, the city also is looking to the future and prides itself on efforts to grow into a national role model for sustainable urban living.

Last year, Guimarães was among six cities that embarked on a three-year Footprinting project organized by ZERO, a leading environmental NGO in Portugal, in partnership with Global Footprint Network and the University of Aveiro. The project also includes the cities of Almada, Bragança, Castelo Branco, Lagoa, and Vila Nova de Gaia.

In March 2018, Guimarães was the first city in the project to unveil the findings of the Footprint assessment led by Sara Moreno Pires, Ph.D., and her team at the Department of Social, Political and Territorial Sciences at the University of Aveiro.

The researchers found that in 2013 (the latest year data was available at the time researchers got to work), per-person biocapacity (capacity of ecosystems to renew) in Guimarães was 2.5 times the national average biocapacity per person in Portugal. At the same time, the average Ecological Footprint of a resident in Guimarães was 3% lower than that of the average Portuguese citizen, at 3.76 global hectares (gha) per capita. The city’s lower average carbon Footprint per capita, compared to that of Portugal, largely accounts for the difference. This is due to a lower demand for housing, electricity, gas and other fuels compared to the national average. Carbon emissions represent 56% of the city’s Ecological Footprint, followed by cropland (26%) and fishing grounds (8%).

A regional comparison, on the other hand, shows a higher Ecological Footprint in Guimarães than in the rest of the north of the country, due mainly to a higher demand for food, transportation, and goods. Researchers pointed out that Guimarães residents are, on average, wealthier than the residents of other cities within the Ave sub-region.

“The Ecological Footprint is critical because it provides us with information on the consumption side, which is typically a lot trickier to access than information on the production side. As such, it provides decision-makers with information that they haven’t had before,” says Moreno Pires. “Using the Ecological Footprint is very important with regard to mapping and understanding environmental challenges at the local level, with a view to changing behavior and policies,” she adds.

The project has been designed so that the Footprint and biocapacity assessment informs and guides local development policies. “We find that the Ecological Footprint data is very important to help us devise and strengthen policies because it tells us which sectors we need to focus our efforts and investments on – such as food and mobility,” explains Jorge Cristino, Deputy Mayor’s Aide, International Affairs, Public Relations, Environment for the city of Guimarães.

Ultimately, transforming national policies is the goal of the Portugal cities project. “Our view is that we need to assess the Ecological Footprint and biocapacity of the different cities and regions around the country in order to develop a national system of governance that promotes equity and justice,” says Paulo Magalhães, City Footprinting Project Coordinator at ZERO.

Year 3 of the City Footprinting Project in Portugal will be devoted to studying and proposing a change in the criteria for the distribution of government subsidies to municipalities. “By the end of the project, we intend to raise awareness at the Portuguese national government and Parliament, in order to change national legislation regarding how municipalities are funded so that their Ecological Footprint and biocapacity are included in the analysis,” explains Filipe Teles, Ph.D., Prorector for Regional Development and Urban Policies at the University of Aveiro.

Analysis and policy recommendations stemming from the City Footprinting Project will strive for territorial cohesion and equity. They will also aim at developing public policy instruments to preserve and improve the natural capital of each municipality and strengthen the sustainable management of the landscape and of natural resources.

In the meantime, year 2 of the program will focus on activating the public debate at the local level about sustainable living and sustainable development. Tools will include online Footprint Calculators with city-specific data so that each resident can calculate her/his individual Footprint and become aware of the multiple human impacts on the environment. Workshops and roundtables will be organized with stakeholders from local governments, NGOs, and civil society to discuss the implications of the Footprint assessment findings and evaluate options for moving forward.

The sustainability journey of Guimarães started in 2014 when its mayor, Domingos Bragança, requested an environmental diagnostic of the city from the University of Minho after he heard a speech by Sri Lankan physicist, academic, and economist Mohan Munasinghe. Invited to a conference on environmental issues hosted by the city, the former vice chair of the Intergovernmental Panel on Climate Change (IPCC) and 2007 Nobel Peace Prize winner had recommended that the city bring together a multi-stakeholder group to devise a plan for sustainable development.

Consequently, in 2015, more than 200 individuals were invited to help develop an effective strategy for the sustainable development of the municipality. Immediate impacts included mobilizing members of the public, deploying education programs on local environmental issues and sustainable living, and developing programs in soil restoration and green mobility.

Last year, Guimarães was recognized as the most sustainable city in Portugal – a remarkable improvement from its ranking at No. 8 in 2015.

The best is yet to come. After all, with the adoption of the Ecological Footprint analysis, Guimarães has taken the first step towards a globally consistent vision of sustainability. So will the cities of Almada, Bragança, Castelo Branco, Lagoa, and Vila Nova de Gaia. The hope is that the nation as a whole will follow suit. 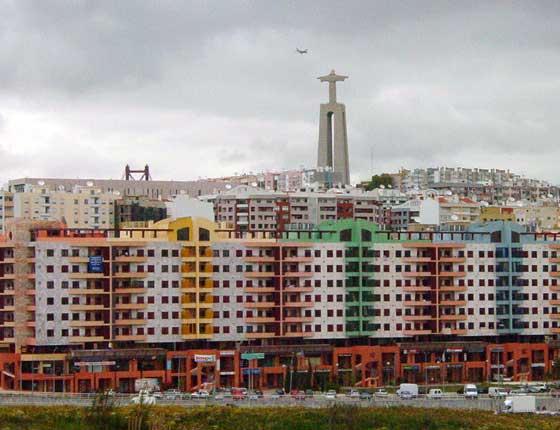 Six cities in Portugal sign on to Footprint initiative

Imagine if a city’s funding from the national government were calculated based on its Ecological Footprint and available resources. That’s a novel concept that will be tested by six cities...   More › 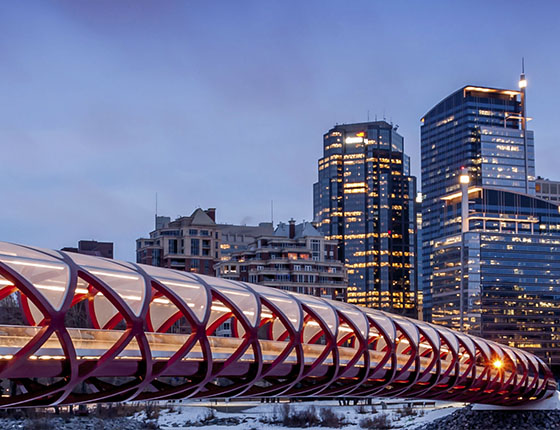